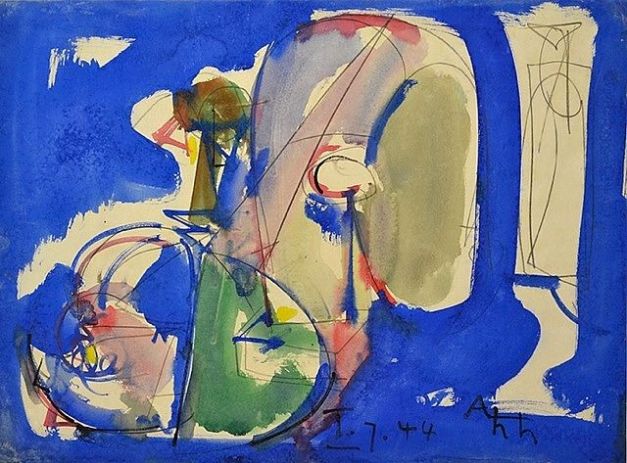 I eavesdrop on trees
on their eloquent colloquy
these standing professors
distinguished and tall
carry calm conversation
on subjects profound
coming each from his
different perspective
though sometimes a topic
aligns them in teams
with sycamore, hemlock
the hornbeam and pine
gathered into debate
against hickory, maple
and chestnut and oak
each filling the spaces
between them with gestures
from different-length limbs
emphatically turning
multi-finger-tipped hands
to some elegant point
of discussion

I’ve learned much
of the nature of things
through my listening
years in the forest
no longer do mysteries
phase or perturb me
I now know the deepest
held truths of existence
the means of perfecting
man’s genius, correcting
his squalors of civilization
alas these rich timbertold
wisdoms must ever
remain here
I cannot divulge them
I’m sworn to the
secrets of brotherhood
even as shag-bark grows
slowly in place of my skin

It’s Not Their Wings 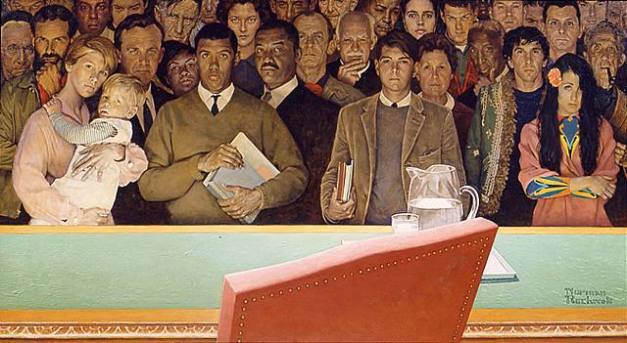 This Norman Rockwell painting appeared in Look magazine in 1968.
It is titled “The Right to Know.”  Here is the caption:
We are the governed, but we govern too.  Assume our love of country, for it is only the simplest of self-love.  Worry little about our strength, for we have our history to show for it.
And because we are strong, there are others who have hope.  But watch closely from now on, for those of us who stand here mean to watch those we put in the seats of power.
And listen to us, you who lead, for we are listening harder for the truth that you have not always offered us.
Your voice must be ours, and ours speaks of cities that are not safe, and of wars we do not want, of poor in a land of plenty, and of a world that will not take the shape our arms would give it.
We are not fierce, and the truth will not frighten us.  Trust us, for we have given you our trust.  We are the governed, remember, but we govern too. 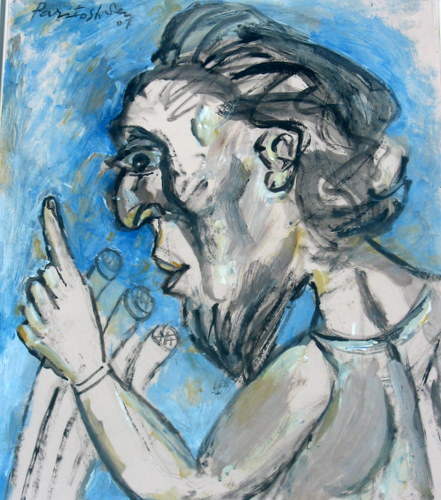